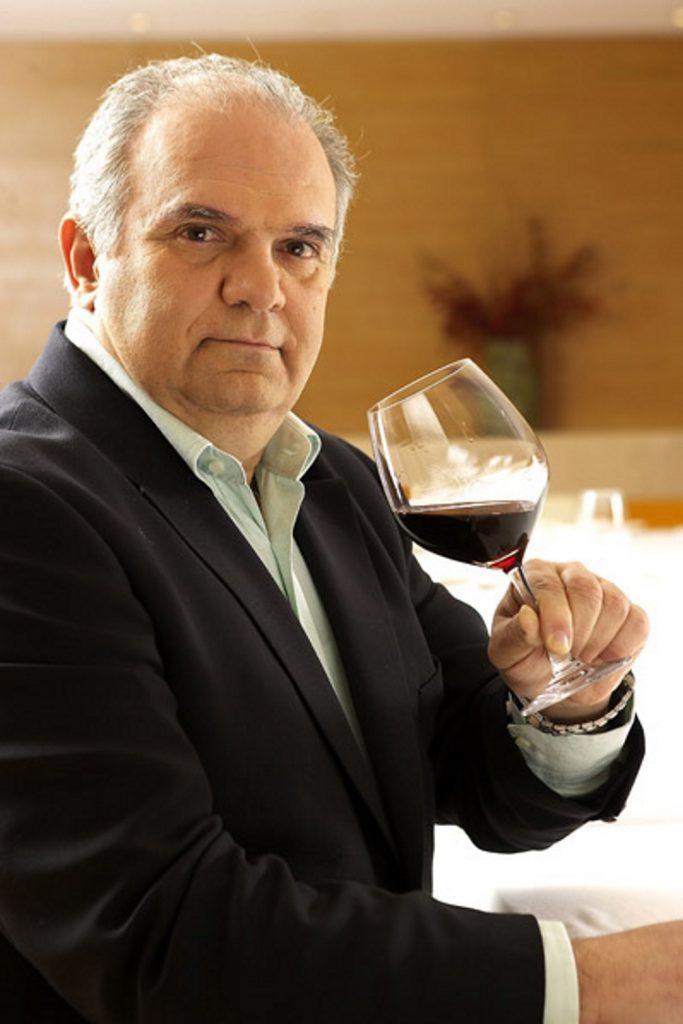 Oenologist of University of Bordeaux (D.N.O), master of culinary skills (D.U.A.D.), Master of Science (MA) in viticulture and Ph.D. in Applied Microbiology, Dimitris Hatzinikolaou studied at Bordeaux with a special French scholarship. For his many years of contribution to new methods of white wine production, he was honored with French citizenship.

Returning to Greece, he opens up new horizons in the local wine events, creating the first Wine Technology and Wine Marketing Consultant Office, with the distinctive title “Oinos o Agapitos”.

The development of studies for the creation of winemaking units of a new production philosophy, the vinification of selected varieties and its contribution to the formation of the idea of ​​the “small producer” are examples of its activities as a Wine Technology Consultant.
In the area of ​​wine marketing he deals both with the improvement of the appearance of wines on the shelf (creating labels and packaging) and with the promotion of wine choices in consumer preferences.

With rich articles in newspapers and magazines, lectures, radio and television programs, books and electronic publications, he has been recognized as the pioneer wine-writer in the effort to spread the idea of ​​quality wine in Greece.

In addition, the publishing innovation of the “Oinos o Agapitos” Associates, presenting the Dionysian richness of the labels of the country of the Hellenic Republic, titled “The Alphabet of Greek Wines”, is currently undergoing the intoxicating process of its seventh re-publication.
Beginning in 1993, he founded the first Wine School in Greece, contributing to the gourmet education of Greek consumers. Nowadays graduates exceed 9,500, while in the unique professional wine tasting room in Melissia, Wine Seminar Circles are open to desperate and demanding palates.

It has already released ten different titles for wine, including “WINE”, an in-depth World Wine Atlas which has been personally edited.
The two-dimensional “Wine and Aine” is an outpouring of his love for Wine that longs for the hearts of men. This is a glass filled with experiences of hidden truths, facts, essays and thanks to the Creator, placing the bar of wine beyond the limits of the palate …

Finally, the book “Greek Wineries with Style” was released as a luxurious album of the visiting wineries of greek Dionysian land. Through its 250 colorful pages, the new idea of ​​wine tourism is being promoted in the beautiful and beloved estates of modern Greece.

After many years of success in the radio station of SKAI, 100.3 he continues his heroic radio broadcasts everyday on 99.5, VIMA FM and at the same time on Galaxy 92 and he prepares very soon to serve “Oinos o Agapitos” to television level.